There are two main principles the basis of that Aristotle classifies the states:

Aristotle says when a state is ruled by a single person and he runs the state for the welfare and betterment of his subjects, it is Monarchy. The ruler is considered as the most gentle, intelligent, dignified and respectable member of the society and he is given honor. He gives priority to national interests over his personal wants and gives attention to the suggestions of his subjects. In all his activities, the monarch gives priority to general interests. When the ruler becomes corrupt and selfish, monarchy changes in Tyranny.

In tyranny, the ruler is a single dictator who runs the state administration according to his sweet will. The ruler himself is above any criticism and he is to protect his personal interests. So, in rule of one if the ruler is to work according to people needs, it is Monarchy and its corrupt shape is called Tyranny.

People at last, become tired of tyrannical form of government and they revolt against the ruler. The dictator is overthrown. A class of notables and gentles is given the office. The ruling class is group of few men of virtue and wealth and they run the state for the welfare of the society, it is called Aristocracy. They are to work for the promotion of the general interests and wider national interests are considered superior. If the ruling group becomes corrupt and ignores the ruled, the system changes into Oligarchy.

In Oligarchy the ruling class is to work for their self benefits. General interests are rubbed and all the state resources are used by the filers for their personal charm.

In this kind of government, the middle class runs state administration and a large number of citizens participate in this system. Administrators are elected representatives of the people who run the state’s administration according to the will and desires of the people. It is called Polity. When this ruling class becomes corrupt and selfish, the Polity converts into democracy.

According to Aristotle Democracy is the government of the poor and ignorant. Democracy is another kind of dictatorship. Polity is formed in the reaction of Oligarchy. Polity, as described by Aristotle, is similar to the modern concept of restricted democracy. It is one of the demerits of democracy even today that due to short of literacy rate and lack of awareness governments become in the hands of the professional and seasonal elected politicians and the resultant system is monocracy i.e. government of the ignorant mass or the government of the disorderly gathering.

Aristotle likes monarchy and his ideal monarchies are: 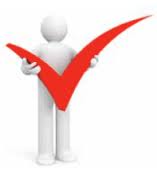