Following are the types and classification of accounts

These accounts are related to human beings, physically we can touch them. They can sell or buy product and we can we can also do the same in response. Such accounts are necessary to track to those amounts which are payable or receivable.

These are not living or human beings but have a separate entity as per the law. Such business can be operated by Board of Governors, Head of Departments, Principles etc.

When an account represents certain person(s) is called representative personal accounts. These are

Such accounts are created when we are bound to pay expense because we have got some services from other individuals and firms. In the balance sheet the amount will be appeared on the liability side. These accounts are also known as liability accounts.

In this case expenses are paid in advance but in reward we have not yet get the services. Here we will create an advance payment account in the name of those persons to whom advances are paid.

In simple words the amount which is receivable and the services are already provided.

Here earnings are received before the services are provided to the party.

For Example: A lawyer received his fee in advance but he has not presented in the court for hearing.

Real accounts represent the assets both tangible and intangible.

These accounts have no existence in real life but just a name in the books of account. These are also called proprietary because they are related to business proprietor. 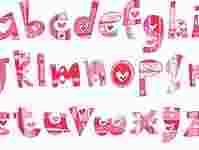