What is Incest Taboo

In every society there are some limits of prohibitions of sexuality. However in some other societies incest taboo is permitted like in “ancient Egyptians. They practiced marriage between brother and sister in the royal families. This is also practiced in Saha Tribe of Columbia and North America. Islam gives the permission of marriage cross and parallel cousins but in other societies it is prohibited considered them as siblings.

Following are the various theories of incest taboo given by different anthropologists.

This theory is presented by Sigmund Freud. According to this theory a strong sexual relation exists between two persons of a closely related family like mother and son, and father and daughter. But during the process of socialization these sexual feelings of children are depressed due to fear from parents. Although the sexual attraction is continuously exist between them. So, incest taboo is a way to control the sexual line or it is necessary for the defense against the sexual relations between these persons.

This theory was presented by Edward Wester in 1920. According to this theory, “People who have brought up together from very each other’s like siblings. These people would be not sexually attached to each other’s. To test the hypothesis, a study was conducted on a family of Israel, in which the married pair born a child and was kept in a separate center where other children of the same age were present. They were nourished and reared in that center and had no relations with parents. When they reached to maturity, it was observed that among 125 pars of male and female, there was no single case of sexuality with other group members.

So, it was proved that the persons who are born, reared and socialized in the same place have no sexual attraction with each others.

This is one of oldest theory. According to this theory, “people type of harmful successive genes. During inbreeding off-springs produced which leads to illness, weakness, and later die due to genetic diseases. So, for this purpose incest taboo is necessary.

This theory was rejected because inbreeding was practiced in ancient Egyptians and there were no harmful disease. But according to the modern investigators even endogamous is harmful and incest taboo is necessary.

This theory was presented by an eminent anthropologist E-B-Taylor. According to him, “incest taboo is necessary for co-operation and healthy relationships among family members. Incest taboo accelerate cooperation among the members and if there is no restriction of sexual relations, it would lead to suspicious and hostility among members.”

Incest taboo enforce a person to marry outside one’s family and if he perform exogamy, he attached to another family. So, in this way the bond of cooperation with that family will be strengthened.

This theory was presented by Malinowski. According to him, “Sexual relations within a family members would create many rivalries, enmity, jealousy, tension, and disturbance which effects the function of a good family”. So, incest taboo means to keep the unity and function of the family intact. Incest taboo is necessary for the protection of the family members from disturbance and other rivalries. 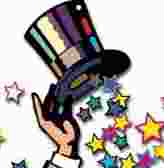