Religion and Frustration: This world is filled of worries and frustration. It is the only institution which control frustration du o social, economic and political problems. Failure is some goals provide frustration is life and religion is responsible for their control.

Religion and Equality: It promote equality is human beings. There is no high and low is the eyes of religion and everyone is equal to other. Islam says that, there is no preference of Arab over non-Arab and non-Arab over Arab. So, Religion develop equality.

Religion & Co-operation: It gives the idea of co-operation and social work. It always want the people to assist and become benevolent or to help those who are in trouble. So, Religion promote the development of co-operation is our society.

Religion and Self-Importance: It shows to the followers, their prestige and self-importance. It gives them the idea of the best nation of the world.

Religion & Education: It is a formal source of education. It spread knowledge from east to west and the mosques, churches and temples are the basic universities of religious education.

Develops Tolerance: It is the only way to develop tolerance. Our Holy Prophet, religions leaders and reformers always preached tolerance at every point of trouble and difficulty.

Develops Culture: All the cultural traits have developed by religion. Our ancient paintings, statues, building, music, dance, drama, dress and language are developed by the religion. Literature and science are also the product of religion.

Teaches Non-violence: It believes on peace and hatred violence. It develops the idea of love and brotherhood among human being.

Religion and Social Welfare: Religion strengthened the bonds of social welfare is society. To do well and to devote himself into welfare activities is the teaching of religion.

Integration: It helps in the integration of people. Those who believe is one religion come together and integrated themselves for working together. So, integration is impossible without religion.

Removes Fear and Anxiety: Religion is the only source which remove anxiety and fear. It develops hope and success in case of failures. Quran says, “Don’t lose hope from the mercy go God”.

Religion and Socialization: It plays a vital role in the child socialization. It transfers social and cultural normal to its followers. The socialization of a Muslim child is greatly affected by the religion.

Religion and Solidarity: It binds the people and bring solidarity among them. Religion creates harmony, attitudes, values, customs and traditions which are adopted by the people of the same group and religion. Islamic conferences are the examples of international solidarity among Muslims.

Relation between Man and Man: It teaches reverence and prestige of one man to other. It make the bond of respects among human beings. It teaches care of one another life, property, values and opinions.

Creates purity and Cleanliness: It creates physical, social and spiritual purity and cleanliness. All religions believe on the cleanliness of body clothes, food and speech. To be clear and pure is all aspects of one’s life.

Promote Social change: It provides the chances of social change. It bring the people from the darkness of illiteracy and ignorance to the light of education and development, e.g. in Arab Budoos. It also brings changes in economic, cultural and social life.

A Source of Social Control: A source of social control, most of the people do not kill a person or commit any other sin due to fear of God. So, it bring control in social life to a great extent.

Solution for Social Problems: It is a readymade solution for social problems. It helps is solving various problematic situations of a society. Our society is not facing many problems as compare to secular society. Today our society facing 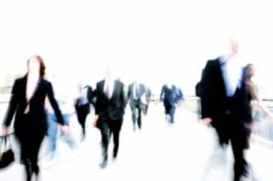