However, the American constitution has not produced a clear severance of the three organs of the government. To weaken the authority of the government further, the fathers of the constitution introduced Checks and Balances, so that one organ obstructs the other. They possibly apprehended that an organ of the government, left to it completely, might degenerate and misuse its powers, thus becoming tyrannical and oppressive. The constitution has, therefore, provides for a system of internal Checks and Balances. The executive, for example is controlled by the Senate in the matter of making appointments to high offices. It is laid down that all top ranking appointments made by the President must be ratified by the Senate. Again, it is the Senate, which ratifies all international treaties made by the President. This power was effectively used in 1919 when the Senate refused to ratify the Treaty of Versailles, which had been accepted by the President, Woodrow Wilson.

The Senate, an important part of the US Congress thus controls the internal administration through its power of ratifying of all treaties, and agreements to be made with foreign states. The Senate moreover, sits as chief court of impeachment against the President and other high officials of the US. The President, in turn, controls the Congress in the sense that all Bills passed by the Congress must be submitted to him for his signature. He may veto a Bill, in which case the Congress can override it by re-passing the Bill with 2/3rd majority voting separately in the two Houses. He can exercise his pocket veto during the last 10 days of the session of the Congress.

Again, both the President and the Congress have certain checks on the Judiciary. The President appoints the Judges of the Supreme Court in consultation with the Senate. The Judiciary in turn exercises its control over the executive and the legislature through its power of Judicial Veto. It can veto the laws passed by the Congress and the orders issued by the executive if they are found to be at variance with the spirit of the constitution.Thus we see that the principle of separation of powers has been considerably marred in actual practice by the principle of Checks and Balances. These two principles pervade the American political system from top to bottom. 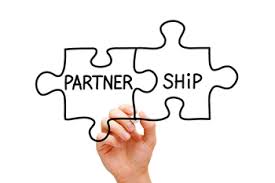