A Written and Bulky Document

Indian Constitution is a written document of voluminous size. It is perhaps the lengthiest written constitution in the world and has been rightly described as “The bulkiest in the world,” by Dr Ambedkar. It is a document of 251 pages and contains 395 Articles, in 22 chapters and 9 Schedules. One reason for its bulkiness is that, unlike, the US constitution it describes the governmental machinery of the component states. Another reason is that it goes into un-necessary details regarding citizenship, finance, minorities, official languages, backward classes, trade and commerce public services etc. Such matters are left to non-constitutional documents in other countries. Besides, the Indian constitution develops by amendments, judicial decisions and to some extent by the growth of constitutional conventions.

Not a very Rigid Constitution

The Constitution is a unique combination of rigidity and flexibility. The process of amendment has been deliberately kept rather complicated. In some matters, it can be easily amended by 2/3rd majority of members present and voting in each chamber of Parliament and such ail amendment must further be ratified by the legislatures not less than one half of the states. Moreover, in special circumstances and in the national interest, this Former amendment procedure can be bypassed temporarily by a resolution of Rajya Sabha, adopted by a 2/3rd majority of members present and voting. Further, in times of emergency the President can suspend the autonomous powers of the states. Thus the constitution is in parts highly flexible and in other parts very rigid.

It proclaims India to be a Federal Union of States and contains the whole paraphernalia of Federalism. It has established two sets of government, the Central Union Government and the State Governments. It has also distributed in details the powers between the two sets of governments. It has set up a Supreme Court to adjudicate in the disputes between the two sets of government over matters of jurisdiction and authority. But it has armed the Central Government with so many powers in emergencies and even in normal times that the constitution has virtually become a unitary state. The result is that is rightly said, the constitution is more unitary than federal, really it is a quasi-Federal-constitution.

Being framed by those who were trained in British Parliamentarianism, the Indian Constitution is patterned on the Parliamentary model of government both at the Centre and in the States. The President of India is a constitutional ruler like the Queen of England and acts on the advice of the Prime Minister and the cabinet, which are responsible to the Lok Sabha the lower chamber of the Indian Parliament. This means that the Ministers remain in office so long as they enjoy the support of the majority in the Lok Sabha. The Same practice prevails in the states. In this respect, the constitution of India resembles the British constitution and not in American constitution.

Another noticeable feature of Indian constitution is that it is a Sovereign Democratic Republic. It is a republic because it is headed by a President and does not owe allegiance to a king although; it continues to be a member of the Commonwealth of Nations. It is sovereign because India is independent both in internal and external- affairs and free to follow any policy she like. India is democratic because the people have the right to elect, control or dismiss a government. Elections are held for this purpose at prescribed intervals. It may however, be noted that the general elections in India are not so free as they seem, for they are determined by such traditional conditions and factors as Casteism, Localism, Communalism and such other socio-political forces, not to mention the downright ignorance and prejudices of the Indian multitudes.

The Indian Constitution seeks to make India a secular state. There is no state religion. No religion is given any privilege, nor is any religion discriminated against. No religious community can get any preferential treatment in respect of public employment. No’ religious institution is given in government schools and educational institutions. Communal electorates have been done away with. But all this is only on paper. In practice, the Indian government is a fanatical Hindu government devoted to the cause of Hinduism of the whole life and culture of India, which is otherwise a home of several religions and cultures. Besides, the secularistic declarations of the constitution endear India to such self-styled liberal nations as USA and the like.

There is long and impressive list of Fundamental Rights in Indian constitution. They are the very essence of a democratic form of government. The Fundamental Rights are grouped into 7 categories which include equality before law, equality of opportunity of public employment, no distinction of titles and academics and no discrimination on the basis of religion, race, caste and sex, freedom of religion, cultural and educational rights, rights to property, right to constitutional remedies, right against exploitation and forced labour etc.

But all these rights are not absolute. They can he curtailed or even suspended by the state whenever the later considers it necessary.

It contains a chapter on “Directive Principles of State Policy”. They direct the state to provide for just and human- conditions of work, living, wages for workers free primary education for all citizens, promotion of international peace and security etc. Unlike the fundamental rights in Indian constitution, the Directive Principles are not justiciable and hence arc of limited utility to the citizens.

It provides for the bicameral legislature. The Parliament is comprised of two Houses Council of States (Rajya Sabha) and The House of People (Lok Sabha). The Council of States is represented by states, elected by state legislatures for a period or 6 years. 1/3rd retiring every after 2 years. The House of People is directly elected for a period of 5 years on the basis of direct adult and universal suffrage. In its organization the powers and privileges of its members and the relations between the two Houses, the Indian Parliament is very similar to British Parliament. In its actual operation and its place within the constitutional system the similarities are less marked.

The Indian Constitution declares Hindi in the Devanagri script as a national language, while English was to be used as official language for first 15 years i.e. up to 1965. After the enforcement of constitution the President was to take a decision whether English might be replaced by Hindi or the period might be extended further. Extension in the period regarding the use of English had been awarded by the President. Each state is authorized to adopt any one or more of regional languages for all or some of the official purposes. Urdu has been recognized one of the languages.

Although India is a federal state, yet the constitution of India provides for the single citizenship unlike the American constitution. All Indian citizens enjoy single citizenship irrespective of their domicile or state of residence. They enjoy equal rights and perform equal obligations. This element is provided in the constitution to foster strong bond of social and political unity among the people of India, who are divided on account of racial discrimination, variety of languages and multiplicity of religious and cultural background.

The Supreme Court of India can declare null and void any executive orders and ordinances if they are found inconsistent with specific provision(s) of the constitution. The Supreme Court has extensive original as well as appellate jurisdiction along with judicial review like the US Supreme Court. The Parliament extend the court jurisdiction, but may also limit it, the Court’s “authority is intended to be more a barrier to executive arbitrariness violations of constitution than to legislative acts. Any assumption of power by the .court to frustrate the social policies decided upon by the legislature can be prevented in the last resort by an amendment of the constitution of India. It is refined blending of judicial supremacy and parliamentary sovereignty. It avoids the extra-super authority of the Supreme Court through which the Court can invalidate the Acts of Parliament and give the Parliament its due place. The Parliament is sovereign in the sphere of legislation within the bounds of the constitution. 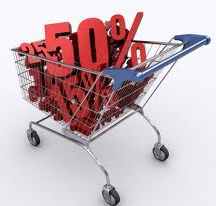 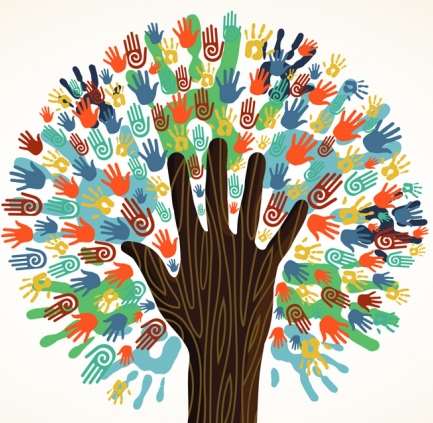