In 1958, France witnessed a grave and very critical situation. On June 1st 1958, the Fourth Republic came to an end. The National Assembly handed over its law-making power to Gen. De Gaulle and adjourned. Constitution making was one of the functions that had been assigned to De Gaulle’s Government by the French Parliament. A small cabinet committee was formed to draft a constitution, which it prepared within two months. The draft was considered by a Consultative Committee consisting of 39 members. The committee approved the text of the new constitution. It was submitted to the people for their approval at a referendum held on September 29th 1958, which was ratified by an overwhelming majority and became operative with effect from October 4th, 1958 and that was the end of 4th Republic and beginning of, 5th Republic.  Following are the main features of French constitution of 1958

The Constitution of the Fifth Republic is a written document, consisting of 92 Article’s divided into 15 titles and extended to some 15 printed pages. As a document, it is not a well written. It is as one French writer Rene Capital says, “The worst drafted text in our constitutional history”. It is so partly because it was drafted in a hurry under conditions of national emergency and also because it was drafted under Gen. de Gaulle’s inspiration, who had no clear notion of good government except that it must be strong and authoritarian.

The French Constitution is rigid in nature as it follows extraordinary methods for amendment. Under Article-89 two methods are adopted. One, the President can put the amendment proposal to both the Houses of the Parliament. If the ‘Parliament passes it by 2/5th or 315th majority it becomes law. Second, the President of the Republic on the proposal of Prime Minister can put amendment before the Parliament or deputies themselves can introduce any bill of amendment. It the proposed amendment is approved by simple majority, the President- can put it before people at referendum, if the people by majority approve the amendment, it becomes the part of the constitution.

Mixture of Parliamentary and Presidential System

The French constitution combines the elements of both the Parliamentary and Presidential systems. The Council of Ministers is responsible to the National Assembly. The Assembly may question the responsibility of government by a motion of censure. When the National Assembly adopts a motion of censure or when it disapproves the programme or a declaration of general policy of the government, the premier must submit the resignation of the government to the President. On the other hand, it is the President who is both the head of State and head of Government. He possesses important legislative financial and judicial powers. He presides over the meetings of the Council of Ministers and meetings of Defence Committee. He is the commander of the armed forces. He can dissolve the National Assembly. Under Article-16 he has been given emergency powers that make him a virtual dictator.

The basic democratic principles have been incorporated in the constitution. Article-2 states that France is a Republic, Indivisible, secular, democratic and social. It shall secure the equality of all citizens before law without any distinction of origin, race and religion. It shall respect all beliefs. The motto of the Republic is “Liberty, Equality and Fraternity”. National Sovereignty belongs to the people. Sufferage is universal, equal and secret. Political Parties and groups are guaranteed freedom to carry on their activities.

The constitution provides for a strong President. The position of the President under the previous Republics was weak. He neither reigned nor ruled. But the present position of the President is quite strong. He presides over the meetings of the Council of Ministers and signs decrees and ordinances decided upon by the council. He is the Supreme Commander of the armed forces and presides over the higher councils and committees of national defence. He can dissolve the National Assembly. He can assume special powers in an emergency.

New constitution provides for a Parliament with a limited powers. Parliament can legislate on matters enumerated in the constitution. The government can make laws on all: other matters by simple decree. Article-37 states, “Matters, other than those that fall within the domain of law shall be of regulating character”. It means that Parliament is not a supreme law-making authority. Its legislative competence is restricted. The constitution itself has endowed the executive with legislative powers.

The constitution has established a. bicameral legislature. There are two chambers of Parliament, the National Assembly which is the lower House consisting of 577 deputies who are directly elected for 5 years term and the Senate which is the upper House, the total strength of which is 283 elected indirectly by “grand electors” for a period of 9 years retiring 1/3rd every after. 3 years. The Parliament is no longer a supreme body and is placed under superior authority of President of the Republic by depriving of many of its powers. However, the Parliament has regained much of its powers, after the departure of Gen. de Gaulle, the father of the constitution from the political scene.

President of the Republic and to examine the validity of organic laws before their promulgation. It also settles the disputes between the legislature and the executive.

The High Court of Justice

Article-67 of the- constitution provides for a High Court of Justice. It is composed of members of Parliament elected in equal number by the National Assembly and the Senate after each general or partial election to those bodies. It elects its chairman from among its members. Its main function is to try the President of the Republic for high treason and the members of the government for their crimes and misdemeanors committed in the discharge of their duties.

The High Council of the Judiciary

The constitution lays down that the President of the Republic shall be the guarantor of the independence of Judiciary. It provides for High Council of Judiciary to assist It consists of 9 members appointed by the President of the Republic who himself is its President. The Minister of Justice is its Vice-President. The function of the Council is to present nomination for judges of the Supreme Court of Appeal and to give its opinion on proposals of the Ministers of Justice in respect of the nomination of other judges. It is also consulted on questions of pardon.

The Economic and Social Council

The constitution provides for the establishment of an economic and social council whose function is to give its opinion on the government bills, ordinances and decrees as well as on Parliamentary bills submitted to it.

Another important feature is that the President of the Republic can submit certain issues to the people at a referendum. Article-II of the constitution provides that the President of the Republic on the proposals of the government or on joint motion of the assemblies may submit any bill dealing with the organization of the governmental authorities, entailing approval of the community agreement or providing for authorization to ratify a treaty that without being contrary to the Constitution might affect the functioning of existing institution.

In France, there is multi-party system. People have been give the constitutional right to form political association or to join any such association of his own choice. Article-4 of the constitution declares, “Parties and political groups play a part in exercising the rights- to vote”. The right to form parties and their freedom of action are unrestricted. They must respect the principles of national sovereignty and of democracy.

From the study of these features of French Constitution, we can say that a bold and constructive attempt have been taken by the Founding Fathers of the Constitution to wipe out the evil of political instability that had previously plagued the- French political life. The present decidedly constitutes an improvement over all the previous ones. In this constitution the framers have tried to put together the experiences of the Past, although it has been labeled by some of the French writers as, “Tailor made for General de Gaulle”, “Quasi-Monarchical”, “Quasi-Presidential”, “a Parliamentary Empire”, “Unworkable”, “the worst drafted text in French constitutional history”. Yet it must be stated on the bases of its working that it has succeeded in giving French a stable Republican government. 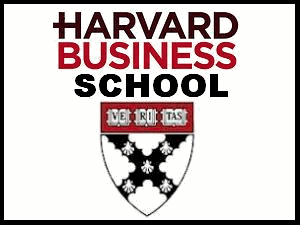