In 1961, the PARD Camilla East Pakistan (now Bangladesh) under took a pilot project of rural development  through basic democracies and found the results encouraging in the sense that the basic democracies were capable of doing developmental works with collaboration of the government. The RWP was launched on this principle at once, first in East Pakistan (1962-3) and then in the west wing (1963-4). “The idea was that if money is injected into rural areas, will increase the purchase power of the people and thus the demand for consumers goods will increase which will lead to the development of local industry and hence jobs and employment”.

The federal government organized the RWP under the ministry of finance and Planning. A cell was created in the planning and development division to look after the operations, provide policy guide lines and assistance to the provinces. Each province was responsible for project organization and implementation.

To achieve these goals 50% of the budget was allocated for communication improvement, 25% for water supply and sanitation projects and the remaining 25% for other eligible projects of local needs selected by the locals.

The government had funds under the Basic Democracy BD system and also another source was created by selling the wheat donated in charity by the USA under PL-480 programme. A counter fund was provided by the GOP and during 1963-64 a sum of Rs. 100 million was allocated and another 150 million during 1964-5. The uneven flow of funds from this source badly affected the project planning during 1963-5 and thus the govt. made this project as an integral part of the third five years plan. The total expenditures were 246 million against an allocation of 625 million during the plan period showing a utilization of 46% of the total budget. A sum of Rs.100 crores (1,000 million) was spent on rural infra- structure development in ten years 1963-72.

75% was spent through the U/Cs for small projects of local felt needs and the remaining 25% through D/Cs for bigger projects. The programme consisted of a variety of developmental projects ranging from construction of metal roads to huge buildings like WADA house in Lahore and only flood protection bunds (dikes) in NWFP and Karez in Baluchistan which shows the uneven spending among the provinces.

RWP was under the control of the BDs.It can be said that the RWP was built on the ruins of the V-AID and BD. The U/Cs were supposed to identify, execute and supervise the project of rural development. The U/Cs had to identify a project, get it approved from the higher bodies like tehsil council and district council and on release of funds the U/c had to execute the project under the guidance of a 5-member committee of the elders of the area.

Budgetary Allocations of the Program

Budget was allocated from time to time on different formulae.

For example in the initial year, 50% budget was equally distributed among the districts to combat disparity and the remaining 50% were distributed on the basis of population. During 1966-7the formula changed and was based on the previous year performance of the U/Cs. This created a competition among the districts for developmental projects. But this proved to be a futile exercise and consequently most of the budget was spent by the DCs irrationally.

Another formula was devised according to which 37.5% budget was allocated on the basis of the population, 37.5% to all districts and the remaining 25% on the basis of performance.

Each U/C was authorized to recruit experts of its choice and spend 7% of its budget this way.

During 1962-8 the RWP got full political support from Ayub Khan and was termed successful. After 1968, the down fall of the dictator, RWP suffered a lot. By 1970, the system was abolished and RWP became a political orphan.    RWP has been the longest RD programme in Pakistan and stretched over a period of 22 years. In 1972 this was renamed as PWP and by 1977 onward it became rural development through local councils.

The programme failed because of 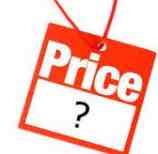