Unlike the British Parliament, the French Parliament is not a sovereign law-making body. Its powers are limited. The subjects on which the Parliament can legislate have been enumerated in Article-34 of the constitution. After defining the scope of Parliament, Article-34 provides, the provisions of present Article maybe elaborated in details and amplified by organic law. A separate procedure for enacting organic law is laid down. Organic Laws can be promulgated only after a declaration by the Constitutional Council on their constitutionality. The Parliament can pass two types of laws. The laws which determine the rules and the laws which determine the fundamental principles.

Law which determine the Rules Concern

In financial matters also the French Parliament does not enjoy supreme power. The procedure for enacting financial measures is designed to prevent Parliament from using delaying tactics. The finance bill is submitted by the government to the Parliament. Bill and amendment introduced by members of Parliament cannot he considered when their adoption has as a consequence either a domination of public financial resources or the creation or increase of public expenditure. Article-47 prescribes the procedure for enacting the financial bill. If the National Assembly does not complete the first reading of` the bill within a time limit of 40 days, the government refers the bill to the Senate, which must rule within a time limit of 50 days.

If Parliament rails to reach a decision within a time limit of 70 day, the provisions of the bill may be enforced by ordinance. If the finance bill is not filed in time for it to be promulgated before the beginning of that fiscal year, the government request Parliament for authorization to collect taxes and make available by decree the funds needed to meet the governments already voted.

Declaration of War and Ratification of Treaties

In France Parliament authorizes the declaration of war. Treaties are negotiated and ratified- by the President of the Republic. But peace treaties, commercial treaties, treaties of agreements relative to international organization, those that imply a commitment for the finances of the state, those that modify provisions of legislative nature, those relative to the status of persons, those that call for cession, exchange or addition of territory maybe ratified by law.

Power to Amend the Constitution

French Parliament has also the power to initiate a proposal for amending the constitution. After passing the amending proposal by majority vote by the Parliament, the President of the Republic shall submit it to the people at a referendum. If people support the Proposal, the President of the Republic shall promulgate it within 15 days the constitution is amended.

The constitution of the 5th Republic has considerably restricted the power of French Parliament. The executive has acquired a potential effective sanction over Parliamentary obstructionism through its authority to dissolve the French National Assembly. The role of executive in Parliamentary proceedings is also substantially strengthened. The President’s messages to Parliament cannot be debated. The government has priority in setting the legislative agenda. 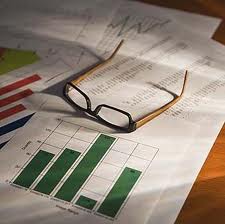