Poly means “many” and “andry” means “husbands”. Polyandry type of marriage in which one woman can marry with many men at a time. The single wife has many husbands. This is not popular type and is uncivilized in many societies of the world. In 1980 Ethnogrpahic Atlas listed total of 1,231 societies where 588 were found polygyny, 453 occasional polygyny, 186 were monogamous and 4 were polyandry. Recent studies shows that there are 50 other societies practicing polyandry.

In the areas of Tibetans, Northern India and some parts of China the Fraternal Polyandry was traditionally practiced where brother are married to one wife. Polyandry today is to be founded in society with scarce resources and it is believed to reduce the population growth and increase survival of children. This form of rare marriage still exists in poor families as well as in elite class. The good example of polyandry marriage is in the Himalayan Mountains where resource are scarce and in the families all brothers marry to the same wife for intact and undivided land.

There are two types of polyandry marriage 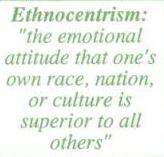