Sociology, the youngest of the social sciences, nevertheless has a historical development of its own. The questions about society posed by the early theorists have not only played an important role in the development of sociological thoughts but also continue to influence it.

Auguste Comte. The word “sociology” originated in 1838 by Auguste Comte, a Frenchman, in his work positive Philosophy. Comte is generally referred to as the father of sociology. He believed that the science of sociology should be based on systematic observation and clarification, the same principles that governed the study of the natural sciences. Though it was a new discipline, but the origin of sociology was laid by Allma Ibn-e-Khaldun (1332-1406), a Muslim historian of tunis. He named this new science “Ilmul-Imran” i.e. a study of people and said that no historian could write the history of nation until he studied the social life of that population.

Herbert Spencer. In 1876, Herbert Spencer, an Englishman, developed a theory of “social evolution that, after being accepted and then rejected, is now being accepted once again in modified form. Spencer applied Darwin’s theory of evolution to human societies. He believed that there exists a gradual evolution of society from the primitive to the industrial. In his writings he indicated that this was a natural’ evolutionary process that should not be interfered with by humans

Karl Marx. Karl Marx (1818-1883) was also an important figure in the development of sociology, He proposed that all societies are made up of two basic classes that are in constant opposition those who own or control the means of production use this power to exploit and oppress those who do not. The social behavior of individuals is determined by their position in the class society.

Lester Ward. In 1883, Lester Ward, an American, published Dynamic Sociology. In this work he advocated social progress through social action guided by sociologists.

Emile Durkheim. In 1895, published Rules of Sociological Method, outlining the methodology used in his classical study of suicide in various population groups. Durkheim is considered the pioneer in the development of sociology. He firmly believed that societies were bound together by the commonly shared beliefs and values of their members.

Max Weber (1864-1920) believed that the methods used in the natural sciences could not be applied to the problems explored in the social -sciences. He argued that because social scientists study the social world in which they there must be a certain degree of subjective understanding in their investigations. He believed that in their work, sociologists should be value free, never allowing personal biases to influence either their research or their conclusions. 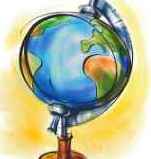