The very first problem of economic system, economic resources which produce goods and services are generally speaking not abundant inspite to the duty of the government to see that the economy runs as smoothly as possible. Therefore, it is to see that goods and services and produced in accordance with the availability of resources and in what quantity and thus, allocation of resources depends upon the administration.

How Much to Produce

The function is to take decision how goods and services are to be produced. The main issue is the choice of techniques for the allocation of resources to produce goods and services in the most economical way. This ensures the lowest possible cost of production and at the same time output maximization e.g. large farms are cultivated by tractors generally speaking and not by animal power. Thus new technique in producing goods and services minimizes cost and maximizes output.

For Whom to Produce

Here the function of an economic system is to decide about the distribution of goods and services produced in their final form in one year and this may be determined through needs of individuals or through their contribution towards the production process. Generally speaking if it is determined through needs of individuals this usually leads to an equal distribution of wealth, otherwise it will not.

How to Distribute Resources

One of the functions of economic system, here we see that through an economic system the humans and natural resources are distributed among different occupations according to the economic needs of the society. Thus age group of the working class must be determined in accordance with the composition of population. The people talent and aptitude should determine the suitability of their profession to maximize utilization of resources. Distribution of resources also shows covers the aspect of aggregate saving and aggregate investment in different sectors of the economy with a view to achieve full employment in the short period possible. 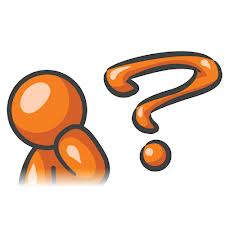