Ethnocentrism means the evaluation of other cultures with the measuring and prevailing in one’s own-culture. This is why the cultural traits which are similar to those of the observers, are evaluated as better than those which are quite different. The attitude where a person attributes one’s own culture as superior to other lacks objectivity. Such an attitude makes difficult for us to realise what is right in our eyes can be quite wrong from other’s point of view. It is an unconscious conflict of an individual or group against other individuals or groups. Here you can find the effects of ethnocentrism.

One can imagine the importance of studying the topic on scientific lines from political, economic and socio-cultural point of views.

Ethnocentrism defined as “a belief that one’s own group, race, society and culture is good, normal, right and superior to other groups, culture, society and race that are inferior, wrong, abnormal and bad.” There is a tendency in to judge other cultures, societies, groups, and races from one’s own standards.

Effect of Ethnocentrism on society and individuals

Ethnocentrism can affect individuals and societies either in positive or negative way.  If we take ethnocentrism in a positive way, someone may have extraordinary faith in any individual, cultural, country or ethnic group. On the other hand a person can feel and consider himself and his cultural values etc. superior than other individuals, cultures and societies

For example, when we in Pakistan say that Hindu culture or Western culture is not good, we pass such a judgement, keeping our own cultural and social standards in our minds. This is a historical fact that everywhere man has displayed his own interests, value system, cultural patterns and normative order as right, normal, and superior to otlwrs. Such beliefs and value system stratified the populations into many different categories, where assimilation of different cultures becomes difficult resulting in different treatment for various sections of population.

Another example of ethnocentrism, in Pakistan women mostly observe “pardah”, thus we have been conditioned with this pattern of culture and surely a free woman of Western society would not be regarded as good and modest woman according to our measuring rod. Thus, we contempt the Western culture, because through our socialization in Pakistani society we begin to regard it the best available culture in the world. In the same way, people judge other religions from the point of view of their own religious values. This type of attitude is called ethnocentrism. 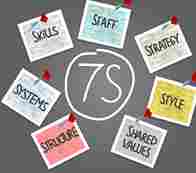