Business economics can be simply viewed as the application of economics for the analysis of business. Business, on the other hand, is an economic activity. There is a need for objectively analyzing structure scope, efficiency and growth of business Economic analysis is done to provide objectivity.  However, indiscriminate application of economics to business analysis can, sometimes, create confusing paradoxes.  These are referred to as Fallacies.  The Business Decisions are taken in the light of Economic Analysis keeping in view the Economic Fallacies.

Economic fallacies are listing below:

1. The Fallacy of Composition

To assume what is true for one part will necessarily be true for the whole is fallacy of composition e.g. saving of all families.  One saves it is good all save sales  unemployment   recession e.g. bumper crop

It is Latin and its meaning is, “After that therefore, because of that”. What follows is result of the preceding.

3. The Fallacy in Syllogism

Syllogism is a particular form of reasoning. It has

Fallacy of assuming that there is no middle ground so result is accepted or rejected.

6. Wishing it were So

We believe the things we want to believe we always accept favorable interpretation of event or a course of action.  This can ruin the analysis.

Its focus is on individual consumer, producer a firm an industry, as single price a single commodity etc. it is a step by step analysis and analyses one variable at a time other things remaining the same.

This studies the economy as a whole. Aggregate demand, price, supply etc are its concern.

In partial equilibrium analysis, one part of the system is being analyzed assuming other parts to be constant the interdependence is neglected and the analysis is done in isolation.

When partial aquarium is done, other thing are assumed to be constant however, the other things are gradually let to be changing in order to analyze the whole. This is called generally equilibrium.  It takes into account the interdependence of various variables.  But the general equilibrium also, does not the scope of analysis the economic system as a whole.

It analyzes an adjustment due to one variable in a point in time, assuming other things to be constant.

Two or more static equilibrium situations, due to same variable are analyzed.

It is the adjustment path over a period of time, such that successive changes in lengths, techniques and lessons (constant during static analysis) are taken into consideration.

Objectives and constraints are rigidly fixed and pegged in a temporary run analysis.

When some constraints are variable and some are fixed, the analysis is said to be short run analysis.

Crucial business decisions like what to produce, for whom to produce, why to produce are taken after properly analyzing the economic process behind the business activity. Due consideration in gain to the impacts of economic fallacies on the process. As each and every economic agent faces scarcity of resources and has to make choices, so decision making is truly economic in nature.

A decision is an attempt towards the solution of a problem. Decisions originate at various levels of organization. At lower level and middle level of management, decision exists in the form of rules, procedures. These are not made at this level; rather these are taken whereas at the top level management decisions are made.

Decision making is a process in which a decision maker looks at the problem, (past) then makes an attempt towards an optimistic decision cum-action (project) and reads the reaction (future) to repeat or revise a decision. Thus decision making is essentially a process of co-ordination on the time scale and involves risk. Decision taking, on the hand, is risk almost free.

This evolves from the decision environment following the following course: 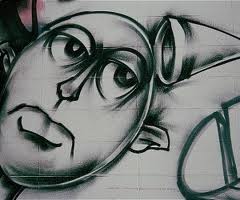