Domestic Violence DV or domestic abuse is pattern of human behavior take place in family or home where one family member abuse other member. It can also involve violence against children or children abuse their parents or siblings. Its can affect all family member men, women and children.

In American 28% men and 35% women have experienced domestic abuse for example physical, mental, stalking or rape by close partner in their life time.  However globally women are commonly facing such violence. According to research there is a direct correlation between level of gender equality in a country and actual rate of domestic violence. In some cases both the partners may have abusive behavior or one may act in self-defense.  In developed countries women are encourage to report in case of domestic violence. Mostly domestic violence against men is unreported due to social norms.

When the term domestic violence (DV) is talked about, many people simply associate it with the abusive partner who hurts physically. The truth is, violence takes many forms and physical abuse is one of them. According to the Merriam-Webster dictionary, domestic violence defined as “the inflicting of physical injury by one family or household member on another; also: a repeated or habitual pattern of such behavior.

The intimate partner violence means violence between couple relation for example husband and wife or cohabitation etc. According to WHO IPV is “any behaviour within an intimate relationship that causes physical, psychological or sexual harm to those in the relationship”.

Physical abuse. Here a person become a victim of violence resulting from slapping, stabbing, punching, drug abuse, choking and even shooting. This injury does not necessarily have to be major, it can be minor too.

Emotional abuse. This abuse can destructs your self-worth and can be the result of insult, criticism or humiliation. This is very common in relationships for example in sibling, couples etc. Emotional abuse can make the relationship extremely coercive.

Sexual abuse. It includes not just sexual assault and rape but also sexual harassment. This type of gender violence is beyond abuse. For example, if you are forced not to use the contraception, then you are being sexually abused.

Financial abuse. It can take many forms. For example, the husband preventing the wife to get education, work or even going outside the home. This is however less abusive as compared to physical/sexual abuse. If the victim is dependent on his/her partner for money, then financial abuse might be obvious as you are being at the mercy of your partner.

Psychological abuse. It is the kind of abuse in which threatening is involved. Common examples include preventing the victim from talking to others without permission, making the victim stay at home, emotional blackmailing etc. The victim is isolated and fear is instilled through various tactics to break him/her psychologically.

What are the Effects of Domestic Violence?

The effects of domestic violence on women’s health can cause long term mental and physical problem. The violence affect not only women but children, families and sometimes communities as well. some of the examples are as under

Post-Traumatic stress disorder. This means the mental health condition which is triggered when you go through a terrifying event. The common symptoms include anxiety, nightmares, flashbacks and uncontrollable thoughts.

Depression. One of the major effects of violence is depression. It is more than just temporary sadness. One can get indulged in prolonged sadness, changes in appetite, unexplained crying, feeling hopeless, and loss of energy, pleasure and interest from something. It can also affect the outlook of a person and his ability to make decisions. In severe cases, it can result in suicidal attempts too.

Disassociation. In case of disassociation, the person isolates himself from the world and even if they are in social gathering, they seem to be disconnected. They are often found daydreaming. It can get chronic because it impairs the ability of a person to function in the real work.

How to Stop Domestic Violence?

Although it is being prevented in urban areas but in the rural areas, women don’t even know that they have rights to stop the injustice that is happening. Everyone should try to stop domestic violence before it starts through awareness. Programs like domestic violence awareness month are there to create awareness and help females in getting familiar with the legal way of dealing with the daily abuse they have to go through. Being an effective way of stopping DV. Many of the victims think that there is no way they can stop this harassment. If only they know, they can protect themselves and their future generations. Another way to stop the violence is to use the domestic violence restraining order. It is the order of the court to protect the victim from threats. In case the law is violated, legal action can be readily taken against the person.

How to Contact a qualified family law attorney and protect your rights. 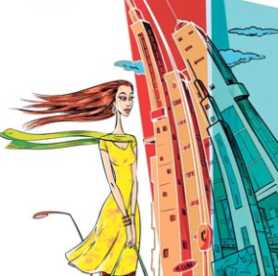