After 9 years of hard labour Pakistan was able to have first compact constitutional document. But due to many factors this could not last for long span of time and at last Martial Law was imposed and the constitution was abrogated by Gen. Ayub Khan who appointed a constitutional commission to frame a new constitution. Under the new constitutional arrangement, autocratic military polity came into operation and many new political innovations were experienced. But this one man military and political drama of Ayub flopped in the end and the Gen was compelled to hand over power to new General. With the departure of Ayub from the political scene of Pakistan, his peculiar constitution also departed with him.

Major Causes of Failure of 1962 Constitution

Following are the major causes of the failure of 1962 Constitution

It was not a Popular Constitution

The Constitution of 1962 was not formed in the best national interest. Its only objective was to give legal cover to the military rule of Gen. Muhammad Ayub Khan. Separation of powers an important principle of Presidential system was not kept into consideration while vast and extensive powers were enjoyed by the President. National Assembly was virtually made ineffective to hold the President accountable. The method of impeachment of the President was so cumbersome as to remove him was made was very difficult task.

Absence of Checks and Balances

Modern legislatures perform an important function in controlling the executive. But the National Assembly was completely powerless under the then political arrangement in respect of its dealing with the executive. The ministers were the nominees of the President. They could participate in the proceedings of the Assembly but were not accountable to it. Due to the unconditional support of the Muslim League (Conventional) – a majority party, the executive could pass any bill with in the legislature. The presence of ministers on the floor of the House would ensure complete pre-dominance of the executive over the Legislature. The Assembly was not in a position to pass a vote of no confidence against the ministers, as they were accountable only to the President. In short all the devices of parliamentary and presidential systems were adopted so that more and more powers were to be concentrated in the President. Whereas all those practices were avoided that could make the executive subordinate to the legislature. Hence the President enjoyed full control over both the branches of the government.

For legislature and presidency indirect election system was defined in 1962 Constitution. The voters would elect Basic Democrats that constituted an electoral college to elect the President and the legislators. Its underlying purpose was to prepare ground to the ruling elites to perpetuate their hold by manipulating the comparatively limited body of electors. This was practiced in the Presidential Election between Mohammad Ayub Khan and Muhtarma Fatima Jinnah in which the former got easily elected since the peaceful in the constitution was an impossible task, so consequently, when the people’s reaction broke into street demonstrations, it resulted not only in changing the government but was also toppled down the whole constitutional set up.

Public liberties suffered under the presidential-cum-military rule of General Muhammad Ayub Khan. There was no room for criticizing the government. In the original constitution fundamental rights were part of the Principles of State Policy, but due to strong opposition’s pressure the basic rights were made part of the constitution through the first amendment. But the government continued its policy of suppression and repression in one way or the other, which increased popular hatred against the government and strengthened the hands of its adversaries.

The era of Muhammad Ayub Khan is also characterized by one party rule. Muslim League (Conventional) was organized under official patronage and its members were bestowed with privileges. The ruling elites fully exploited the state resources for their personal and group interests. The hatred against this class in the popular eyes resulted in damaging, theoretically the credibility of the government.

Dark Aspect of the Basic Democrats

The B.Ds. System was not bad although the ruling .junta had created it for certain ulterior motives. To use this institution as Electoral College and to assign it judicial role was especially objectionable. Public representatives had their political affiliations and rivalries, which hampered the enforcement of justice and fair play. The union council were also given certain judicial, powers which created parochial prejudices and friction though at local level it reforms some developmental works.

In the original constitution Pakistan was named as Republic of Pakistan omitting the word Islamic. However due to popular opposition, it was renamed as Islamic Republic of Pakistan through first amendment. Ayub’s regime was secular in approach throughout its period; rather it encouraged anti-Islamic elements by its various steps. Indifference to Islamic ideology created an acute Contrast in the working, of government resulting in fostering socio-economic ills. His Family Law Ordinance and all such reforms hampered the growth of a rational Islamic society. As a result, the people rose in revolt and removed the government along, with its constitutional system by the resigning of Ayub on March 1969. 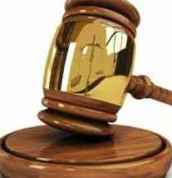