The democratic system in Pakistan for that matter in most of the newly independent countries where democracy was accepted as a working principle of government, was generally visualized in terms of parliaments, political parties and elections at national provincial levels. At the lower level there was no machinery to inculcate and enforce a sense of responsibility in the administration which was unaccountable to the people or their representative. True, there were municipalities and district boards and even union boards, the latter only in East Pakistan. But they functioned within a narrowly defined jurisdiction and more or less isolated from the district administration. Any hopes that they would prove to be the nurseries of democracy on national scale could never be seriously entertained. After independence, they found themselves in a more precarious state than before. There was excessive concentration on politics at the center and in the province to the almost total neglect of the districts  and villages in which the system of universal franchise, had the right to vote in the elections once in a few years, did not mean that  it had the opportunity of the participation  in the democratic process at the top. Being largely illiterate and politically untutored, its voices  was not heard at the remote centers of powers  and its grievances remained underdressed.

After the Revolution of 1958, the object of Martial Law was to prepare the country for a democracy different from the past because (Ahmad,1963) General Ayub’s arguments that parliamentary democracy is not suitable to Pakistan cannot be brushed aside lightly .He feels that parliamentary democracy  through its party system  tends to divide people into majorities and minorities. Ayub khan believed that the developing nations need economic development than any other thing. therefore,  he  decided  to put   the economic house  in  order and introduced a sort  of democracy  and claimed that this system  was “of the type  that people can  understand  and work. His views on the subject were formed as early as 1954. Ayub khan in his memorandum entitled “A Short Appreciation of Present and Future Problems of Pakistan” declared that democracy in Pakistan should be of a type that suits the genius of the people. The experience during Martial Law period to convinced the military leaders that if the influence and the power of politicians was reduced to the minimum, stable government could be set up in the country. In order to achieve these objectives they adopted a two phase progamme. 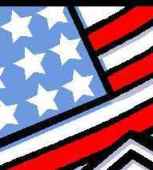