Plato Ideal State is based on the following principles or features:

Plato was influenced of the Pythagorean theory of the human nature. Pythagoras classifies human nature in three sections that are reason, courage and appetite. Plato says that state is a living body and state represents the same features at large level, which an individual represents at small level. Individuals are the organs of the state. As an organ cannot survive without body, similarly, an individual is nothing out of the state. State is composed of classes and these classes are its parts. He based his ideal state on the three major classes. The ruling class, highly educated in philosophy, is to administer the state. A military class, having courage and physical strength, is to defend the state while professional class is needed to be ruled and to deal with the ordinary or common daily affairs of the state. So, he bases his ideal state on the three major classes, which are the ruling class, military class and the professional class. These classes are also known as the guiding class, auxiliary class and professional class.

In the age range 1-6 years, children are told stories to enable them to differentiate in good and bad. In the age range 6-18 years are given physical and mental education and physically they are trained in athletic, gymnastic and music while mentally special courses of logic, astronomy, mathematics and philosophy are given. In the age ranging 18-20 years, the citizens are philosophically educated. The described limit is enough for the professional class.

Plato’s important base of the ideal state is justice. According to Plato, justice is to provide one with what is “due”. Therefore he gave the concept of federation. The purpose of Platonic federation was not to solve the issue of more races but the administration of justice. He wanted to compensate everyone according to capabilities and to prohibit interference in one another affairs.

In Plato’s time, philosophy was a very important subject. Plato and Socrates hold that virtue is knowledge and the highest virtue was the highest knowledge of philosophy. Individuals show different trends to get the virtue. The appetite and military classes show less interest and the ruling class shows the highest interests and they become superior in virtue and as a result, deserve to rule. His ideal state is ruled by the philosopher king who gets regular education up to 50 years age especially in the field of philosophy. A philosopher studies human life and nature and can face the problems with arguments. Government is an art that is effectively dealt by reason better than courage and appetite. Plato’s state administration requires reason and intelligence.

Monarchy is the Best form of Government

According to Plato, the best form of government is absolute monarchy. He says that a philosopher king is a true statesman and he would provide everyone his ‘due’. According to Plato, absolute monarchy is not tyranny because the rule of the philosopher king is on the basis of reason and not on appetite. He serves all his subjects on equal footings. He is superior to law because law is the recognized form of customs and public opinion that are not too pure while a philosopher has true wisdom and he is the outcome of Platonic educational scheme.

Plato based his ideal state on the concept of communism. He wanted a state free of problems, a scared and the super-most institute. He believed that the ruling and military classes have no concern with appetite as they represent reason and courage respectively. So, these two classes must be free of any tension to run the administration. He was influenced of the service conditions of the citizens of Sparta where they would sacrifice even their wives for the state. So, he presented the concept of communism in order to control the economic lusts of the two classes to give attention to the state administration. For his ideal state, he deprived the two important classes of private ownership of property and children.

Plato wanted an error free state and to him arts and literature were nothing but the sources of corruption and immorality. So, he banned arts and literature. He wanted to save youth from moral degradation and to ensure sacred state.

It is an interesting feature of Plato’s philosophy that nearly two and half thousand years ago, he gave’ equal rights to male and female. He says that maximum services may be taken from female for the uplift of the state.

Plato ideal state is only an imagination and has no concern with reality. Such states never came into being. It was a theoretical and a hollow plan or a beautiful dream of Plato. 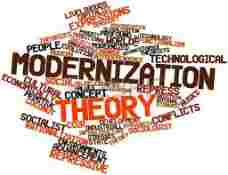 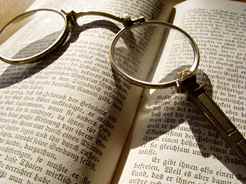